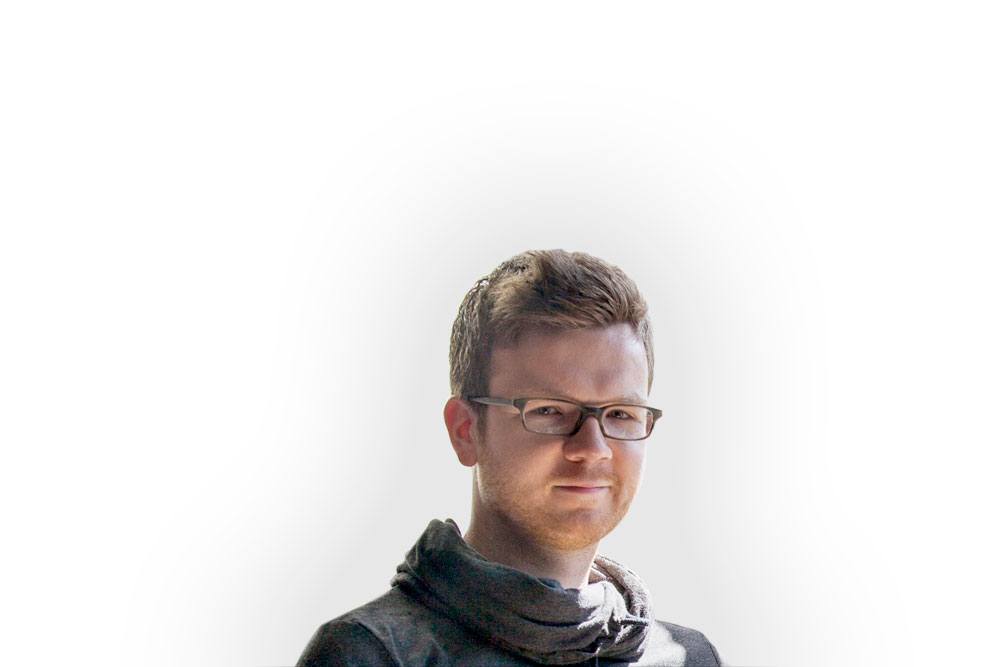 Wonder what it’s like to be a designer at a tech company that truly values design? We invite you to take a peek into one of our Bridge partners, Asana, through the eyes of designer Andrew Watterson.

If you’re looking for the chance to ship great products and be part of a learning community with exceptional designers, consider applying to our Bridge Fall session by this Sunday, July 14.

Just over two years ago, Andrew was leaving his job as an Interaction Designer at Meebo and was on the verge of joining a design studio, lured by the greater variety of clients and projects. After meeting the team at Asana, he was convinced that focussing on one product that affects tens of thousands of teams working together was the place to go. Now, he’s one third of Asana’s small and talented design team, making a product that defines many groups’ ability to stay organized.

Join us as we walk through a day in the life of Andrew Watterson. 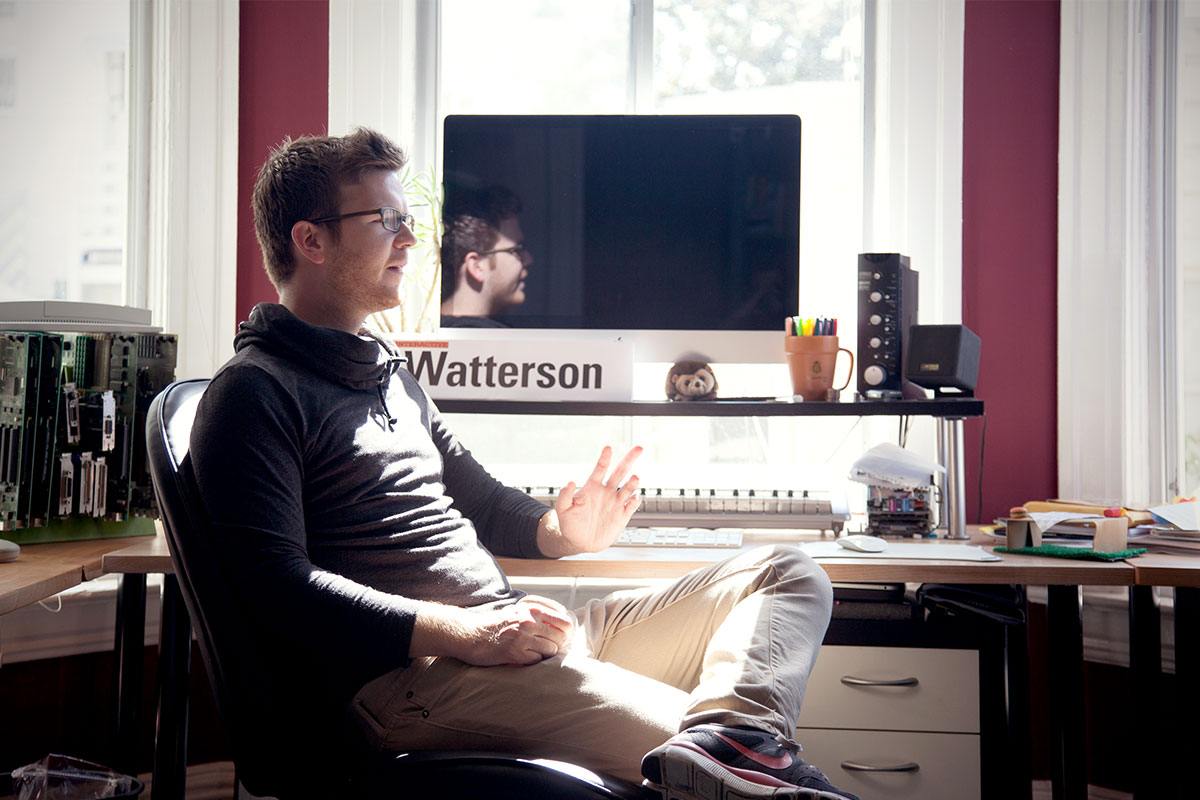 Andrew wakes up in his apartment half a block from Dolores Park in San Francisco’s Mission District, and a twenty minute walk from Asana’s headquarters. His sunny room shows off quirky decorations, a handful of stuffed animals, and his vintage computer collection, which he’s been working on since the age of ten.

Tell us a bit about your computer collection.

“It’s sort of equal parts nerdy and sentimental: this one is the same kind we had in my first grade classroom, and I have the one my mother would never let me touch because it was expensive and she used it for work. On another level, though, there are all these fascinating stories. People paid thousands of dollars for these things that are now in the trash, and did their most intimate work on these computers: I’ve found everything from term papers to notes to alcoholic husbands. It’s also cool to see the evolution of both hardware and software design.” 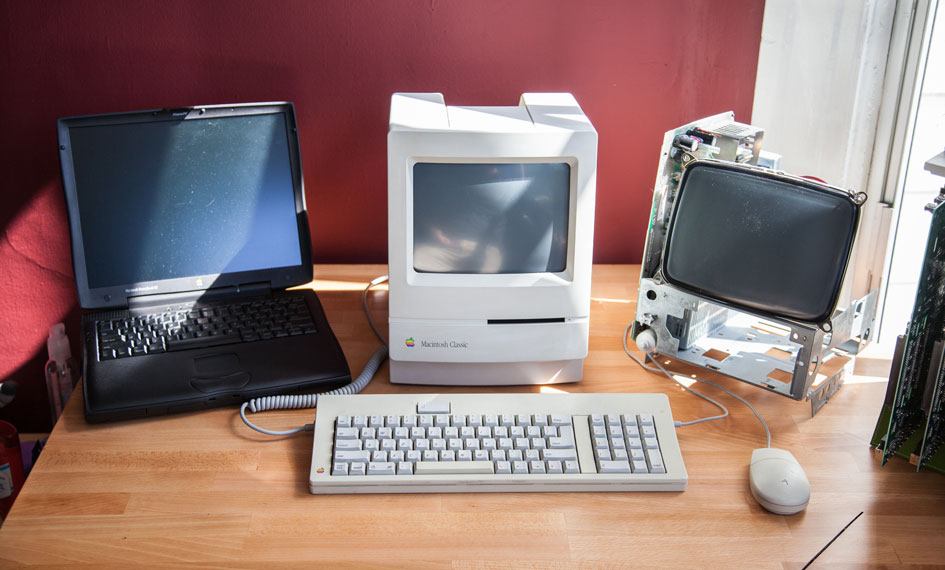 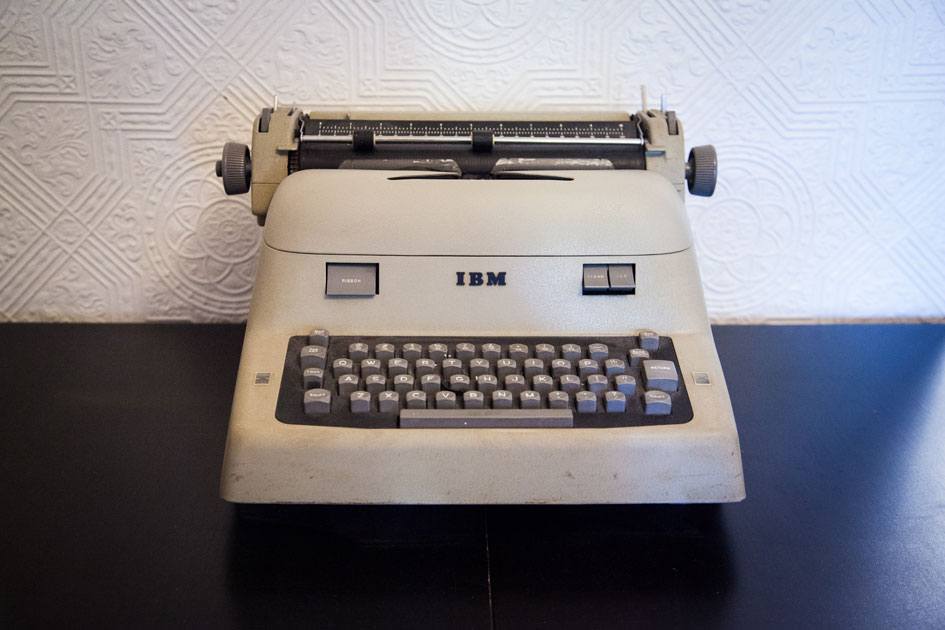 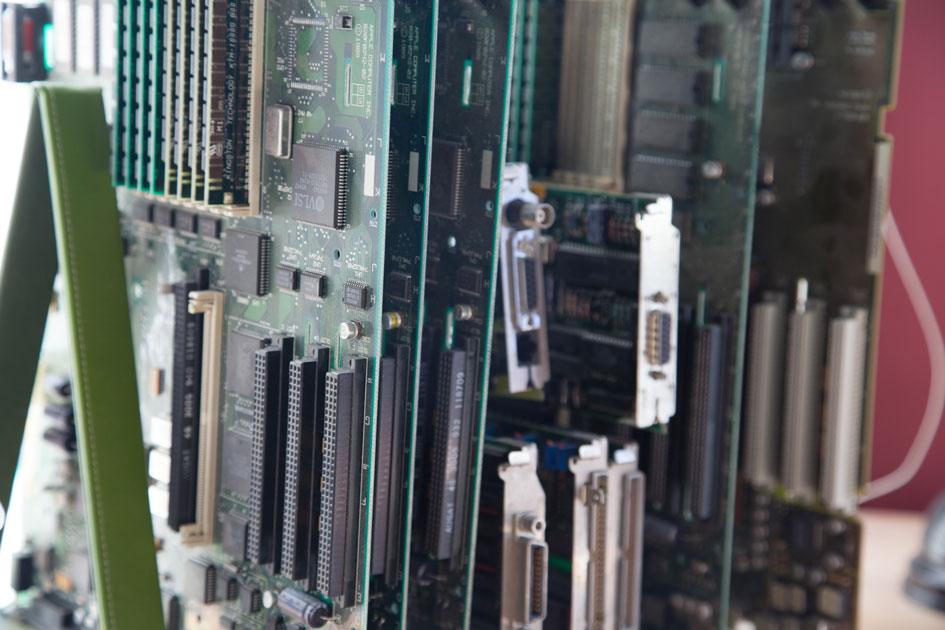 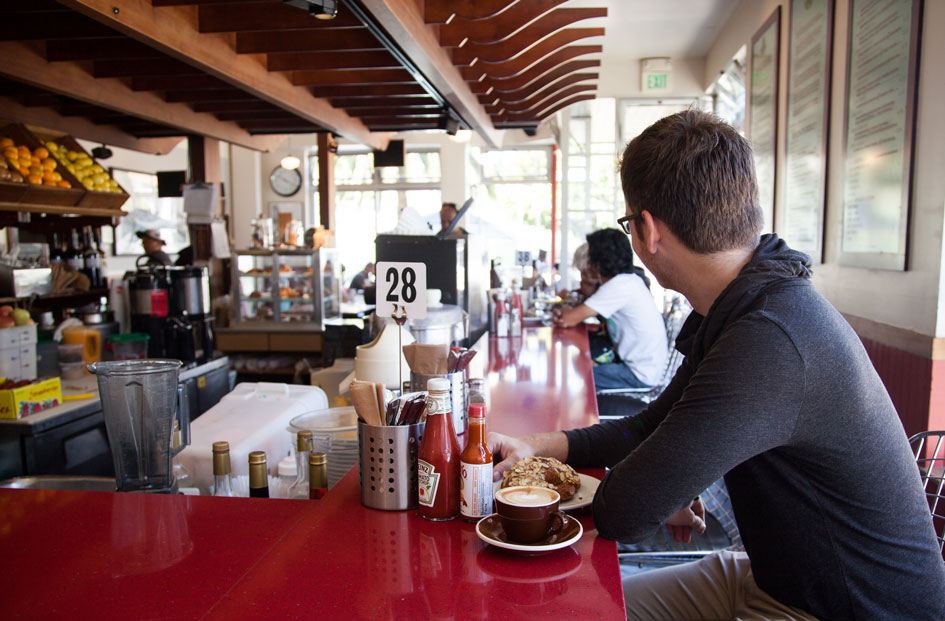 Andrew often gets coffee across the street from his apartment at Dolores Park Cafe or goes to the office for breakfast served by Asana’s chefs.

What’s your favorite part about living in the Mission?

“The Mission is a small neighborhood inside a big city, but it has everything. I can go to other neighborhoods to visit friends or see specific things, but the Mission is where I live, where I work, where many of my friends live, and where I want to hang out, eat, and drink. It’s also one of the sunnier neighborhoods in a city with volatile weather.” 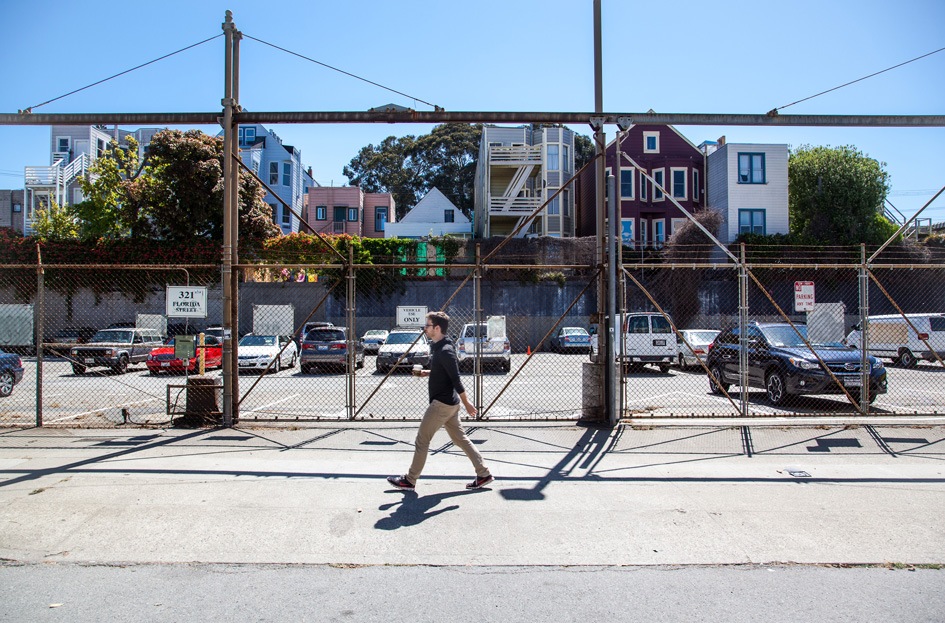 The one-mile walk from Andrew’s apartment passes many of the Mission’s most well known spots including Dolores Park, Bi-Rite, and Tartine Bakery. “Most Asanas live in the Mission. I’d say 60% or more walk or bike to work.” 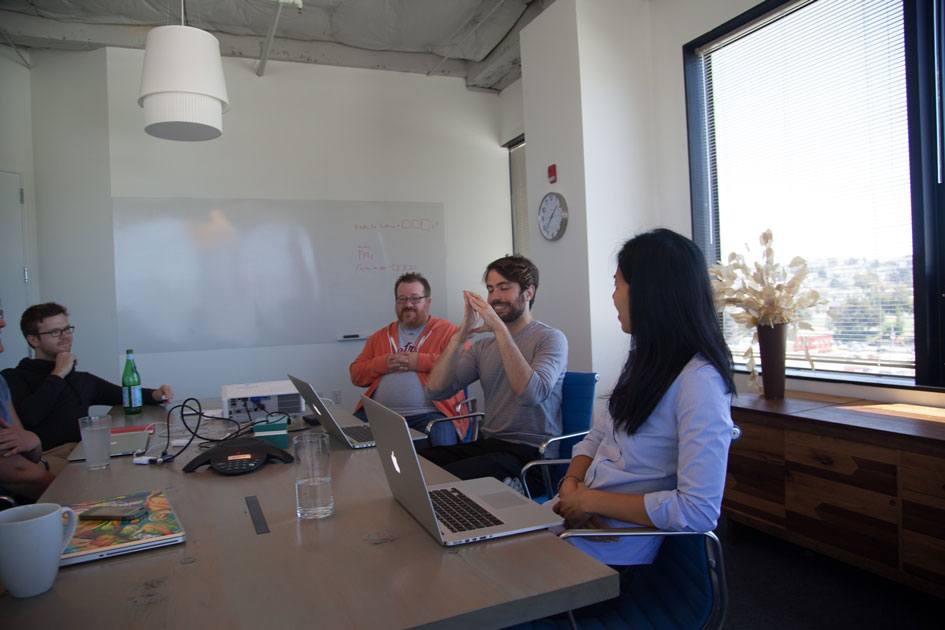 Design critique. Asana’s co-founder, Justin Rosenstein, invents a “D” gesture to make when people are getting too defensive about their work. The team has well-structured weekly reviews, with inspired debate.

What do you like about the design team at Asana?

“We have really intense conversations. Everyone has engineering backgrounds and are great systems thinkers. I’d like to add a strong emotional thinker to the team some day, to grow more in that direction.”

How does the team work together?

“We’re trying to build a company that is as small as possible but is still extremely high output. To that end, one of our cultural values is to give people a lot of ownership over the work. I think that the company, and our PMs especially, really understand the value of having people work on things that they’re really excited about. And it’s not that this trumps the product roadmap or the goals or anything like that, but whenever there’s a choice it’s like, ‘what’s gonna be most fun for you to work on,’ because we know that’ll produce the fastest, most inspired work.”

How do you make design decisions?

“Our team is really strong. We’ve hired ridiculously opinionated people who somehow also manage to be self-aware. They charge into situations and have Something to Say, but there’s such a mutual respect that opposing opinions are heard and accepted as smart and legitimate. The decisions that get made have tremendous buy-in because we know that everyone has the same vision and goals, and will be flexible on the details if our first guess doesn’t work out.” 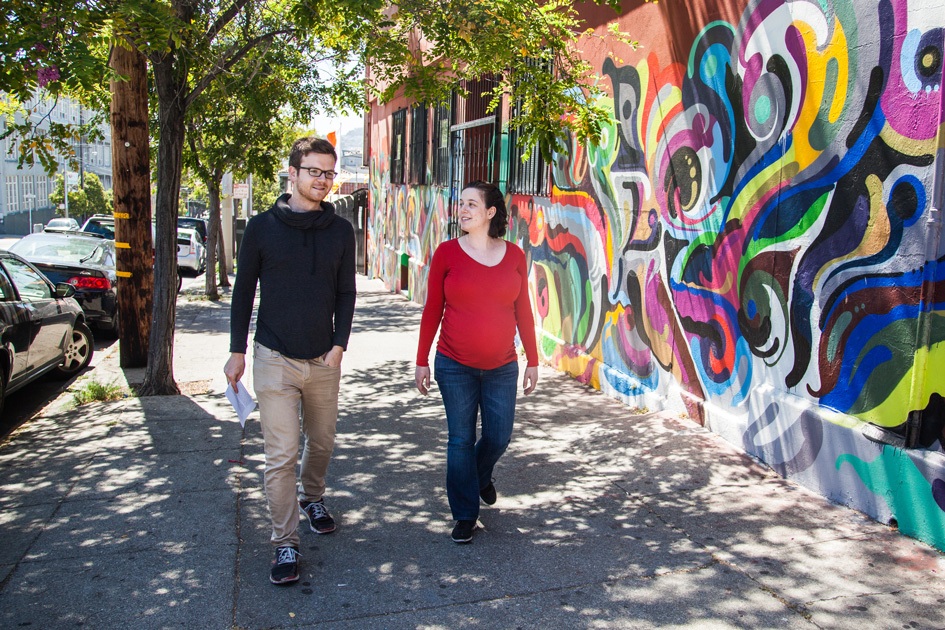 Many meetings are done on foot, walking around the sunny and colorful neighborhood. 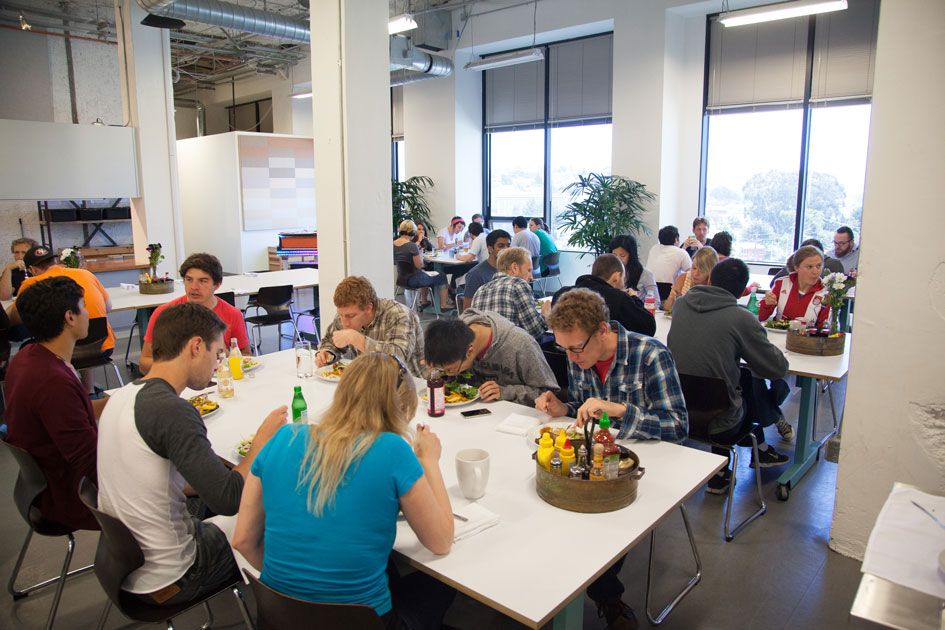 Lunch at Asana is made by their two friendly full-time chefs, Donnie Thompson and Kim Pak. ‘Nobody here is under the delusion that we deserve personal chefs. They’re amazing to have around the office and all the more special because they bring just as much passion for their craft to work as any designer or engineer.’

What’s something you love about the company culture?

“Many of us have camped together at Burning Man: two of the Asanas released a Burning Man to-do list template as a hack day project. Going together brought us closer, and we know a bunch of Burning Man art projects are planned using Asana. Last year’s project is in our office right now: we put a piano out in the desert that lights up in crazy patterns when you play it.” 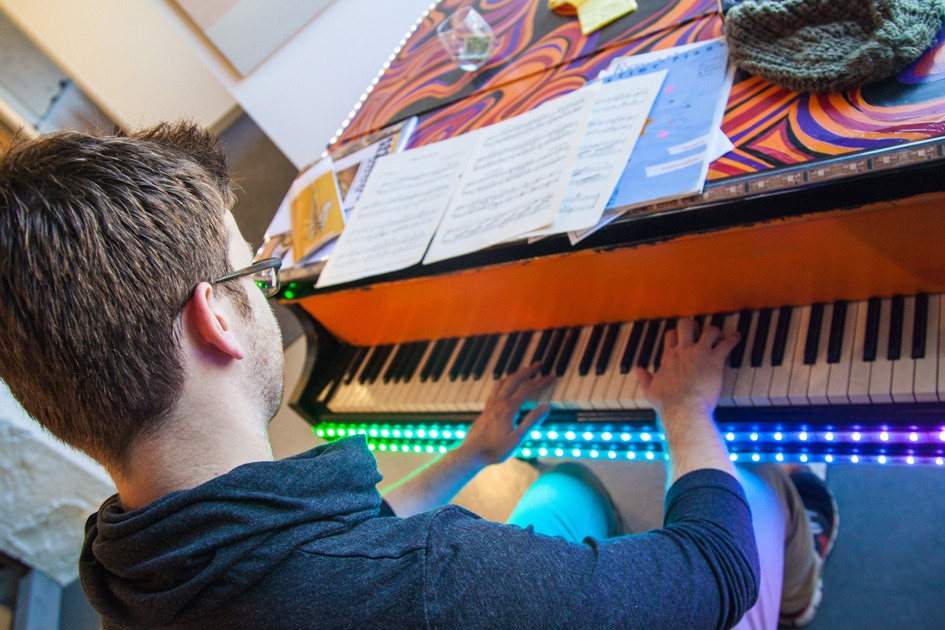 Many of the Asana team members camp together at the annual Burning Man festival, for which they created this piano art piece. LED Lights activate above the keys as you play them. 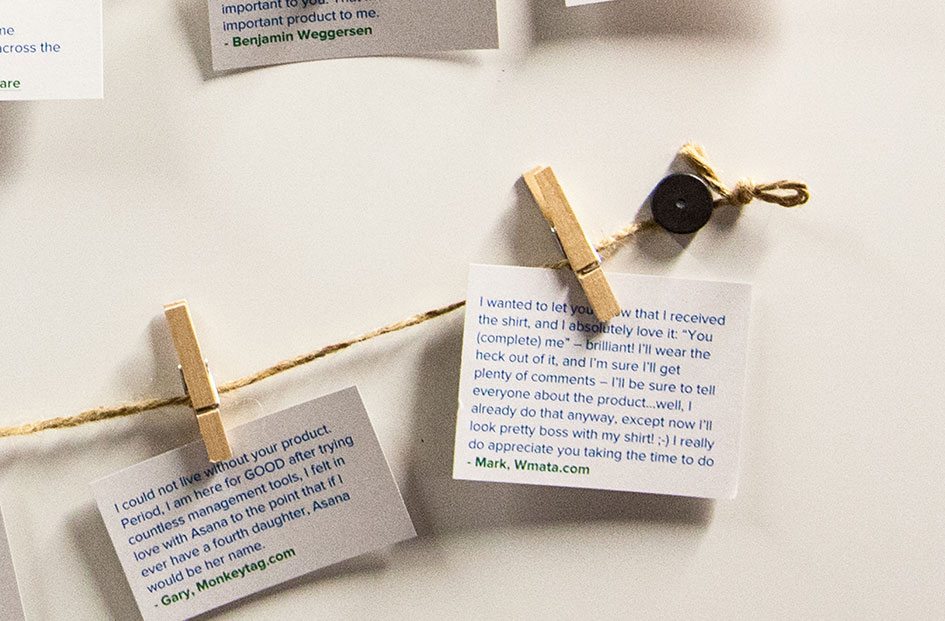 Customer feedback hangs on the walls, reminding everyone to make a product that people love. 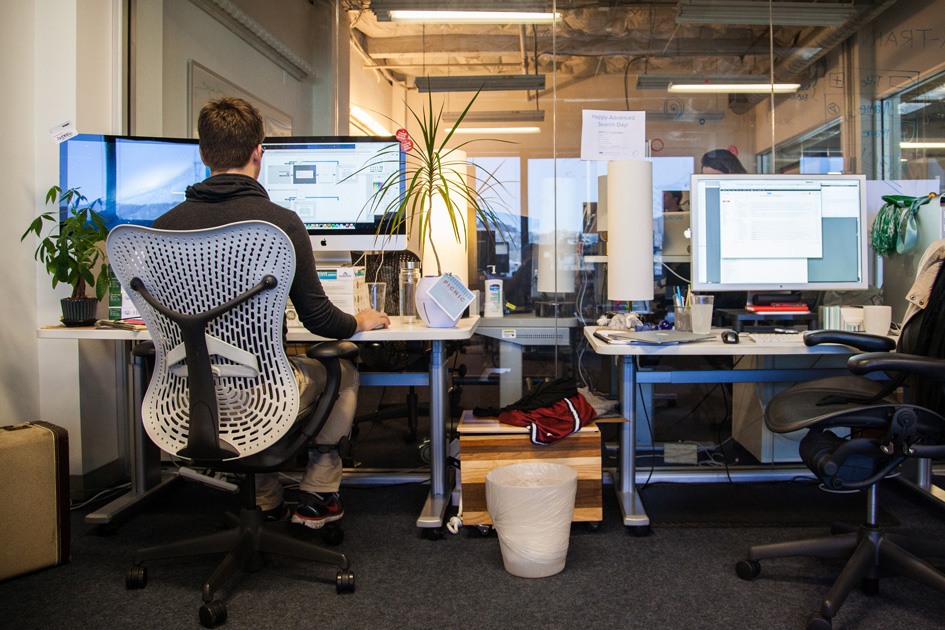 What’s a challenge that you’re trying to overcome in the product?

“We want Asana to be an app that people want to live in every day, something that’s emotionally appealing to people. They need to trust it. It needs to get out of their way. A lot of competing products have beautiful aesthetics, but they end up being distracting and jeopardizing the interaction. Asana nailed some great interaction principles really early, and our challenge now is build beauty and emotion into that, to get people in and keep them here. We definitely don’t want to compromise on the things that we’ve already done well.” 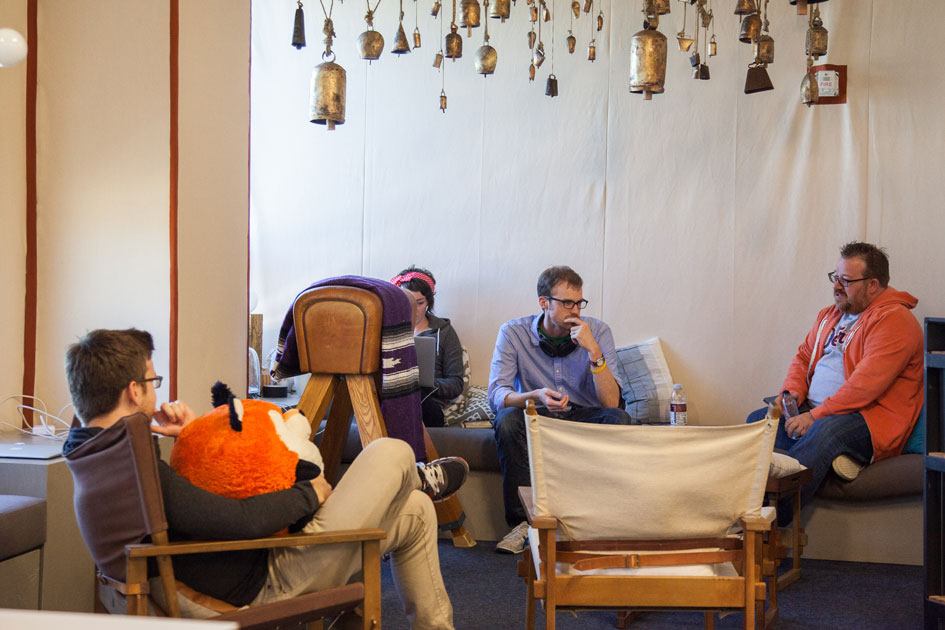 “The tent” is a popular place to work and hang out in the afternoons. Spaces around the office are designed to give people variety and a chance to interact.

Here’s a little bit about four members of the design team. 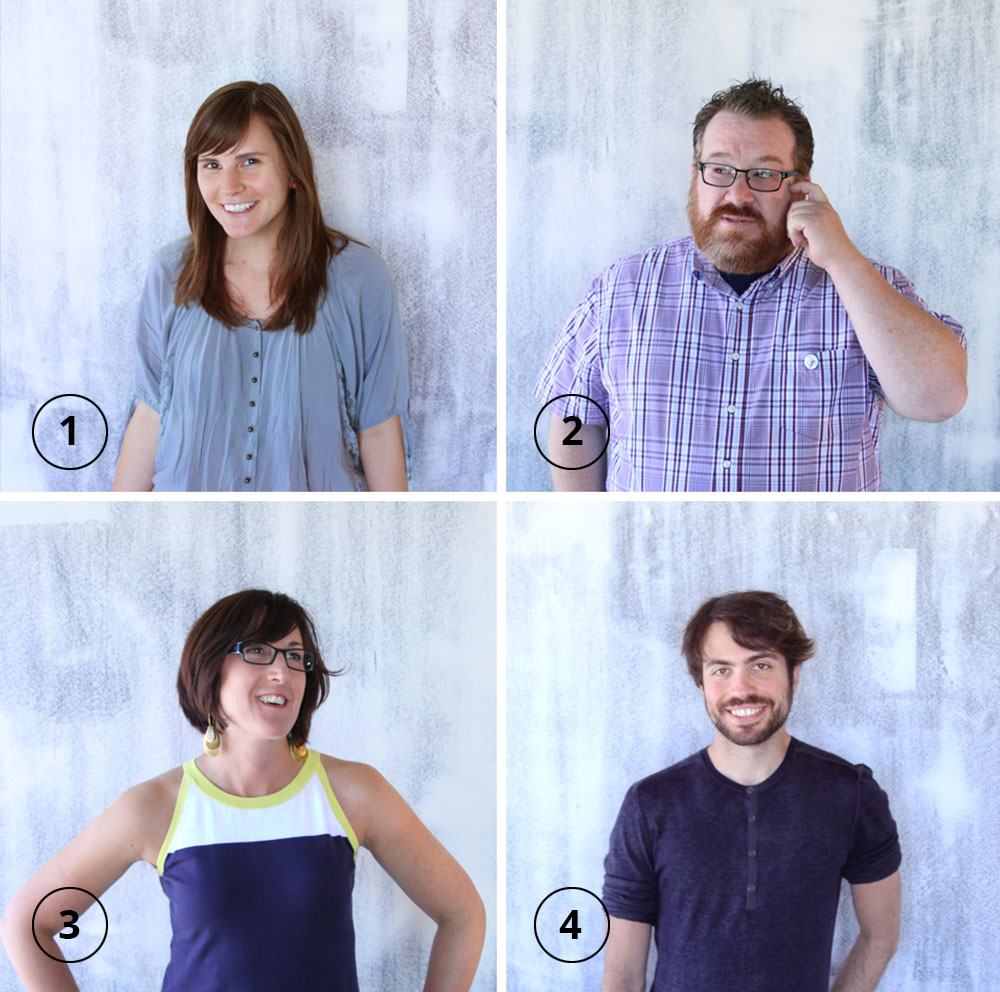 1. Vanessa Koch  joined Asana to brighten the pathways of human collaboration. Her design studies and explorations began in Pittsburgh where she developed a city-wide campaign calling for an end to the gender wage gap. After graduating from Carnegie Mellon, she traveled to Taiwan, where she developed an in-store service for diabetes patients. When not nerding about typefaces, she paints her days with screen printing, cooking, and building bonfires.

2. Jim Renaud most recently worked as a Designer helping brands and agencies understand Facebook. Prior to Facebook, he brought 10 years of design experience to his own design consultancy working with clients like Mozilla, ADP, SmartyPig, ESPN and Orbitz. He loves his 3 kids: Maya, Luke and Miles and puts up with his wife’s dog, Junior.

3. Stephanie Hornung was the first designer at Asana, where she has been a passionate promoter of design-thinking in all aspects of the company, from product to branding to interior design. Before joining Asana, Stephanie was a designer at Freebase and has done freelance work for a range of government organizations. She has a Bachelors from the University of Michigan and a Masters from the School of Information at UC Berkeley

4. Justin Rosenstein is the co-founder of Asana, along with Facebook co-founder Dustin Moskovitz. At Facebook, he was the tech lead for projects including the Like button and Facebook Pages, and designed the in-house project management system that Facebook relies on to this day. At Google, he product-managed several projects in the communication/collaboration division, and created the initial prototype for Gmail Chat.

The day is growing long, and some of the team starts to trickle out. “A lot of people leave around 6:30, but the chefs cook dinner every night for anyone who wants to stay. Since I get in a little later in the mornings, I stay a bit later. And the food is great.”

Do you have any side projects outside of work?

“I really like making cute things – I wrote a lot of song parodies at my old job and most recently I rewrote a Disney song for my boyfriend’s birthday and made a video of me singing all the characters. A while ago I realized it would be awesome to do a Schoolhouse Rock for designers, so maybe I’ll put that on Kickstarter and make it happen someday. At work, I mostly entertain myself making overly elaborate invitations to our company parties. I’ve also done some design work for GaymerX, a convention for gay geeks my friends are running later this summer. One important thing is that my other projects are different from what I usually do. I was completely unmotivated to come home from doing wireframes and writing CSS for Asana to doing wireframes and writing CSS for the GaymerX website, so instead I’ve done things for them like business cards, big cloth banners, and ads that have run on the side of Muni buses.” 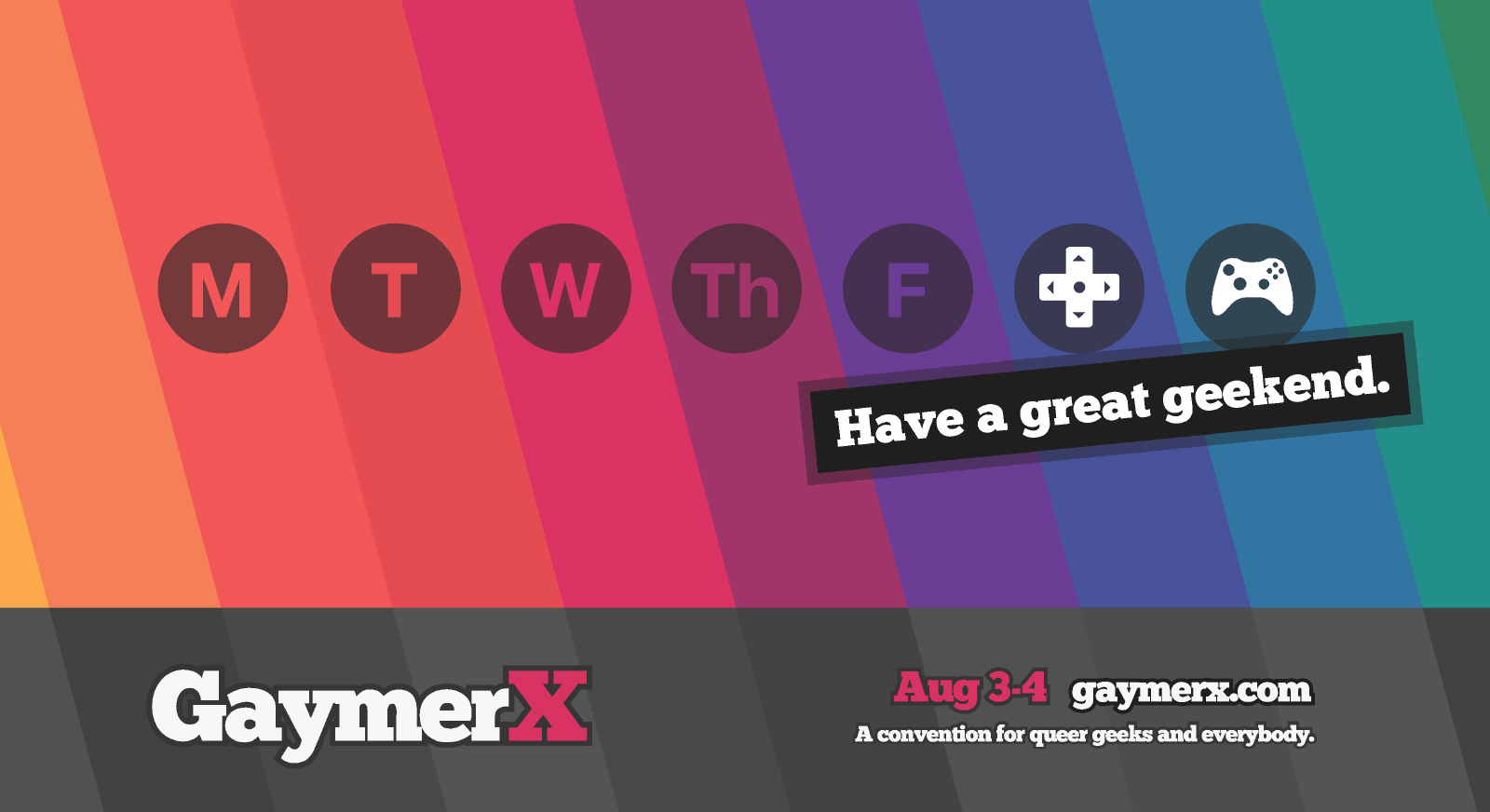 Where do you see Asana in 10 years?

“We want Asana to power the communication, and ultimately the productivity, of any workplace – and really, of any group. Whether that’s the wedding you’re planning or the marketing department you’re running, we want to be there with you making you more effective. There are a lot of use cases there, and some we haven’t even begun to tackle. You can look to other successful companies to see long-term visions at work: Google started with search, but their real vision is to organize the world’s information. They’ve done a huge number of amazing things outside of search, but really, given that scope, they’re not even halfway done yet. Facebook is doing the same thing in connecting your friends – nine years ago, I met all the incoming freshmen on Facebook before school started, but given what they have today you wouldn’t even recognize it. Today it’s photos and events and an identity provider and the Like button – all things that connect me with my friends, but in ways so different from their first swing. Who can say how our current product will change over the next ten years, but I’m absolutely sure that we’ll be somewhere that’s both totally different and surprisingly on point.”

Building Design Teams From the Ground Up