The fast-growing startup Elevate and its popular brain-training app were originally inspired by an impending trip to South America that the company’s co-founder and CEO, Jesse Pickard, was planning. Pickard, now 31, was working at Razorfish as a UX designer and brushing up on his Spanish with language-learning software but was struggling to make progress. Obsessed with games, Pickard figured it made sense to apply gaming to language learning, which led him to start MindSnacks, a predecessor to Elevate.

The next step was to apply the same innovative learning concept more broadly, to target other skills that users want to improve. “I fell in love with the idea that we could take any problem and build an educational gaming routine around it and use a fitness training model to help someone overcome any weakness they might have,” Pickard explains.

Elevate, which pitches itself as a “personal brain trainer,” launched in May 2014 and allowed users to select a specific area of learning, receive a personalized training program, and track results. Named by Apple as the best iPhone app of 2014, Elevate has been downloaded 9 million times.

Pickard says he was always interested in design projects at school, from the student newspaper to designing prom tickets (he studied visual and performing arts at Syracuse University). Yet the leap of faith from a great idea to the design, execution and implementation of the Elevate platform required something else: fearlessness. “Fear is something that stops most people from diving into the unknown and starting something from scratch,” he says. “It keeps people stuck in the status quo.”

Fear is something that stops most people from diving into the unknown and starting something from scratch.

Pickard’s parents owned an independent movie theater, so he grew up “seeing them go through the ups and downs of running a small business,” he recalls. “They never knew what they were doing, and sometimes I feel that way too, but part of overcoming that fear is realizing that nobody knows everything. This is how things get built: you dive into the unknown and get your hands dirty.” 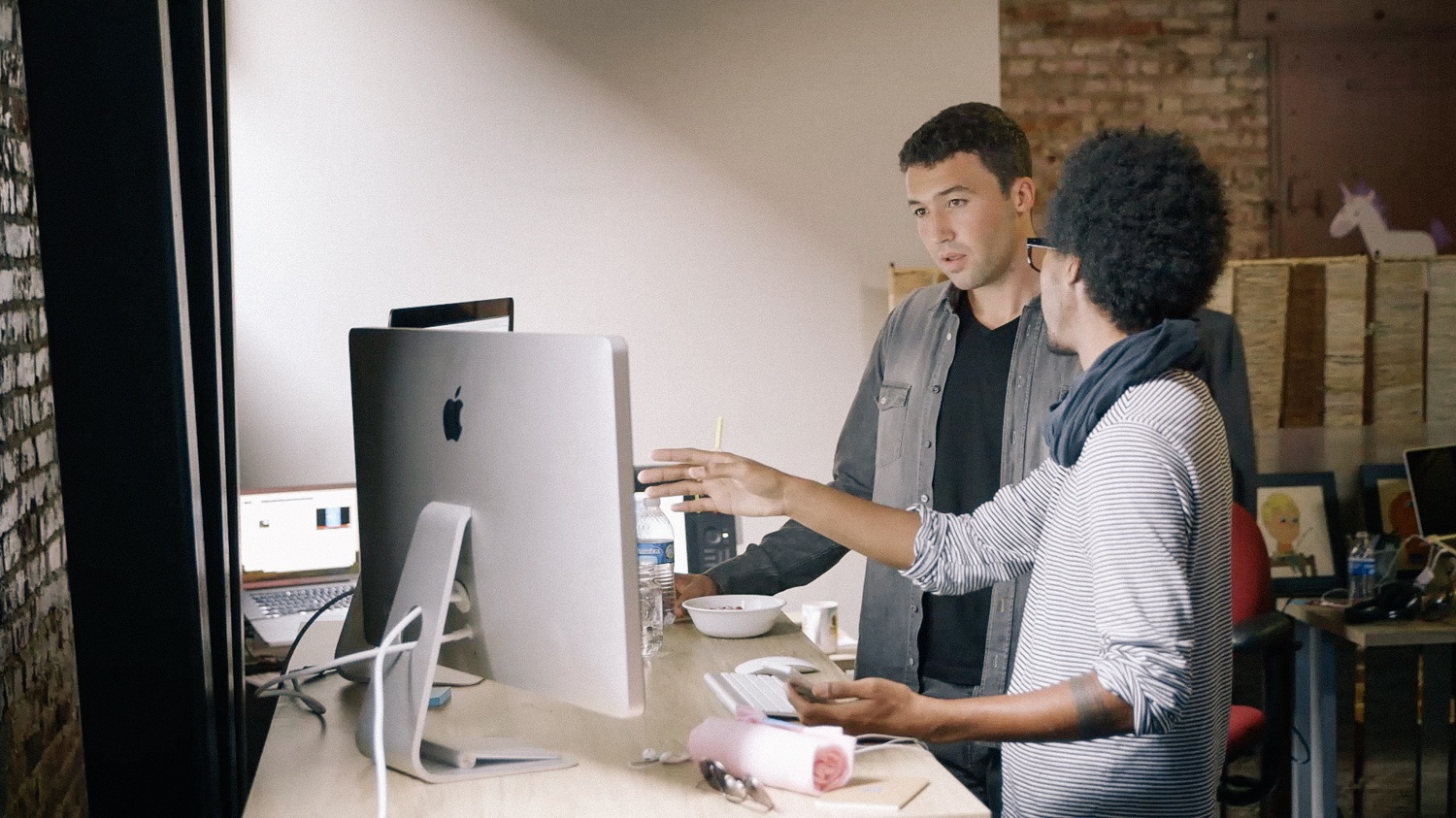 Creating a Culture that Values Design

Now, as a designer founder, Pickard strives to create a culture at Elevate that cares about design, details and craftsmanship. Elevate only hires people who have a deep product sense and can speak about and advocate for good design, regardless of their role. “I look for people who can speak passionately about a product – not just what product they like and use, but why they care about it,” Pickard says. “That why is insightful, and so is the fluency in talking about design, because it enables people from the entire company to contribute to building a great product.”

At design reviews, for instance, everyone on the 17 member staff – including engineers, designers, and educational content developers – is encouraged to give feedback on product design. “We actually set aside time in the review where we all discuss reasons the design doesn’t work,” Pickard says. “We point out problems and air grievances in a very collaborative way, because if you have a great product sense, then you have informed opinions and you should participate and continue reinforcing that.” With this approach, Pickard adds, “you can see the product being iterated. It’s baked into the product design and development process. And that is how you create a culture of design where everyone has a voice.”

I look for people who can speak passionately about a product – not just what product they like and use, but why they care about it. 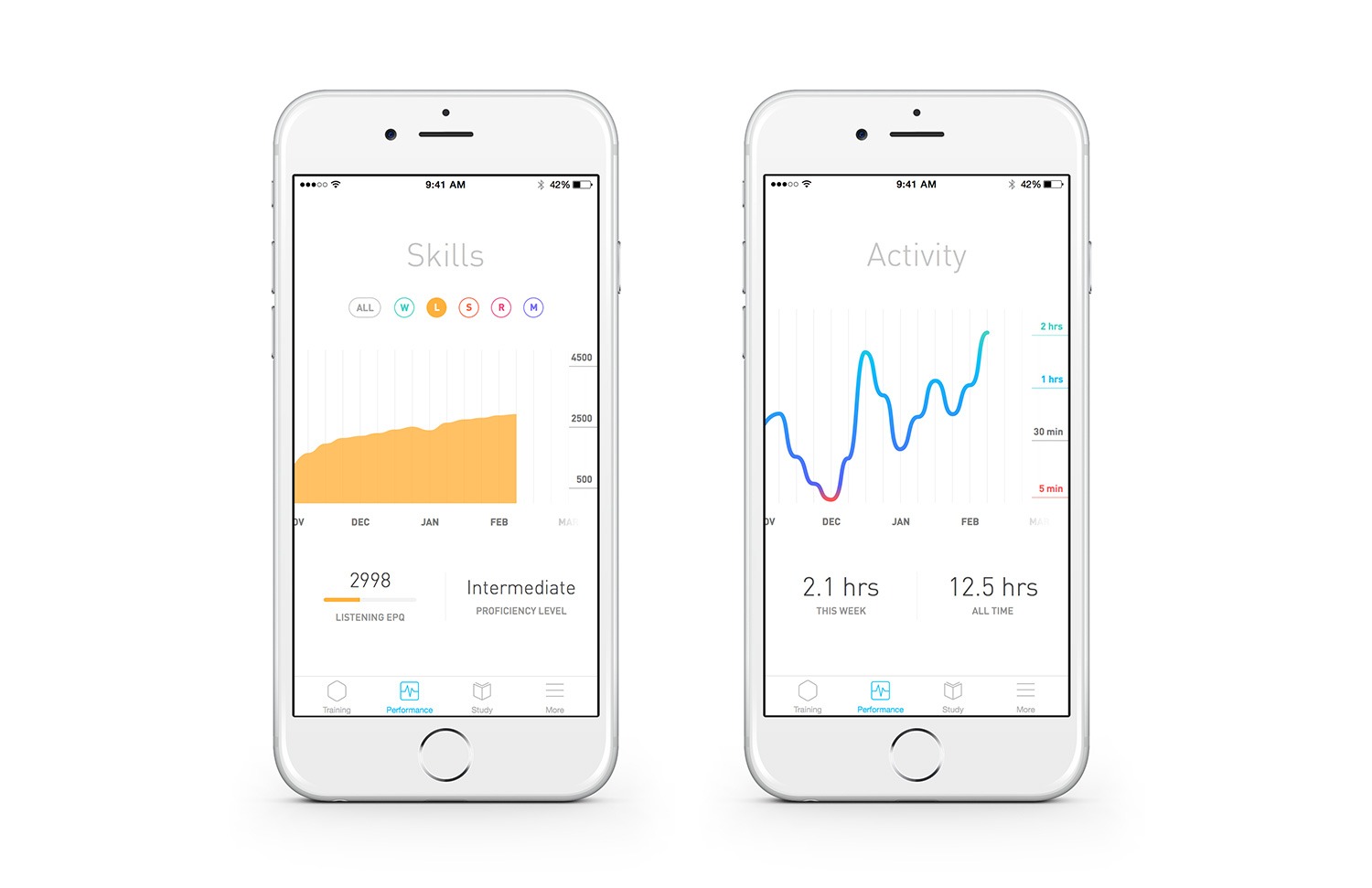 In the increasingly competitive self-improvement space, aligning metrics to drive business is also critical. At Elevate, the entire team is focused on three key benchmarks: long term retention of customers; spending per user; and how long a paid subscriber sticks with their current plan. Metrics are checked every few weeks, Pickard says, “and everybody knows it’s their job to push the numbers up, because that is how they are evaluated in peer reviews.” Tracking metrics has another function: it forces staff to look at what affects customers most – what drives their interaction with Elevate – and not just if the design language looks great.

That way of thinking has influenced business decisions, such as the release of Elevate 2.0. Initially, the stunning visual design was acclaimed by the team, but functionally, Pickard remembers, “it had real problems and nobody was engaging with it” despite the amazing look. The release was pulled midway because “the visual design was way ahead of how it worked,” Pickard says.

Sometimes great design is counterintuitive, as when Elevate lengthened the customer on-boarding process – a shift that usually leads to a decline in new sign ups. Instead of making the sign up quicker, however, Pickard and his team built a more robust onboarding experience that allows them to better set a user’s level, goals, and skills. This in turn gives Elevate a better idea of their users’ learning profile, resulting in longer sessions and better long-term retention. “That has been a real win for us in terms of our metrics,” Pickard says. 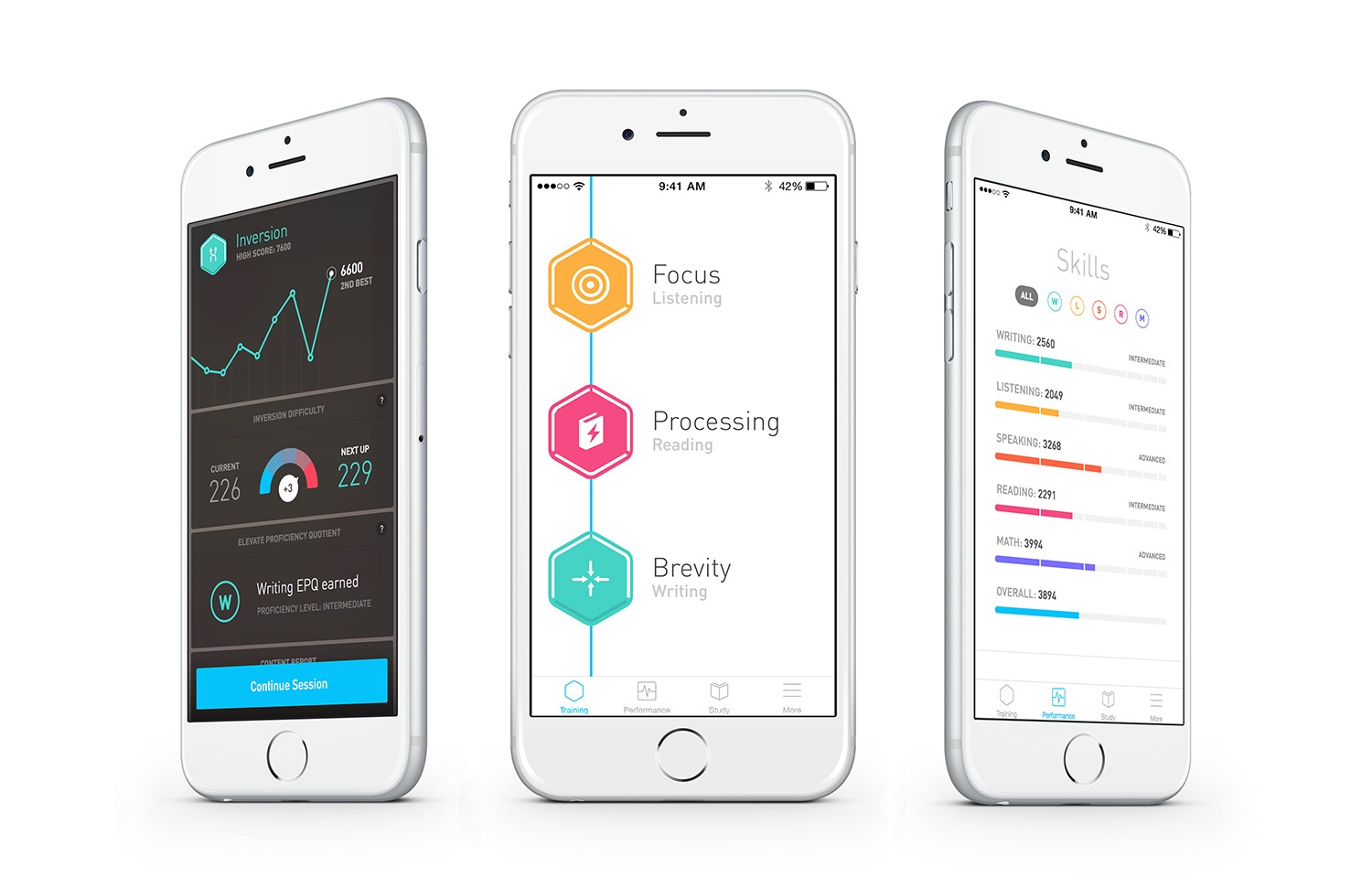 What’s next for Elevate

Looking ahead, Pickard wants to leverage data that comes through usage to build stronger learning profiles that will enable Elevate to deliver more personal, customized and sophisticated training programs. “If we notice you’re struggling with grammar in the various games, we can dial up the learning in that area and even present more tips to do outside of Elevate to strengthen your grammar skills,” Pickard reckons. His vision for Elevate is to become a “digitized tutor in your pocket,” an app that follows users through their life – from studying for SATs, to college, and then to the workplace – and evolves and grows with the user as their goals shift, and stores a rich history of their progress. “There’s so much to be done as we move away from the one-size-fits-all approach to education,” Pickard says. “It’s a new frontier.”