If you’re like us, you’re constantly digging around for visual assets. Whether it be photos from a specific event, logos of a specific company, or icons for a certain set of actions, designers are constantly jumping in and out of folders or trying to remember file names in search of the right file. While researching how people used their massive icon collection, the team at Noun Project noticed a big opportunity to go beyond helping people find new visual assets and help them find and organize their own.

We sat down with Edward Boatman, Co-Founder & Chief Strategy Officer of Noun Project, to discuss the story of building Lingo and some ways designers can get the most out of using this new tool. 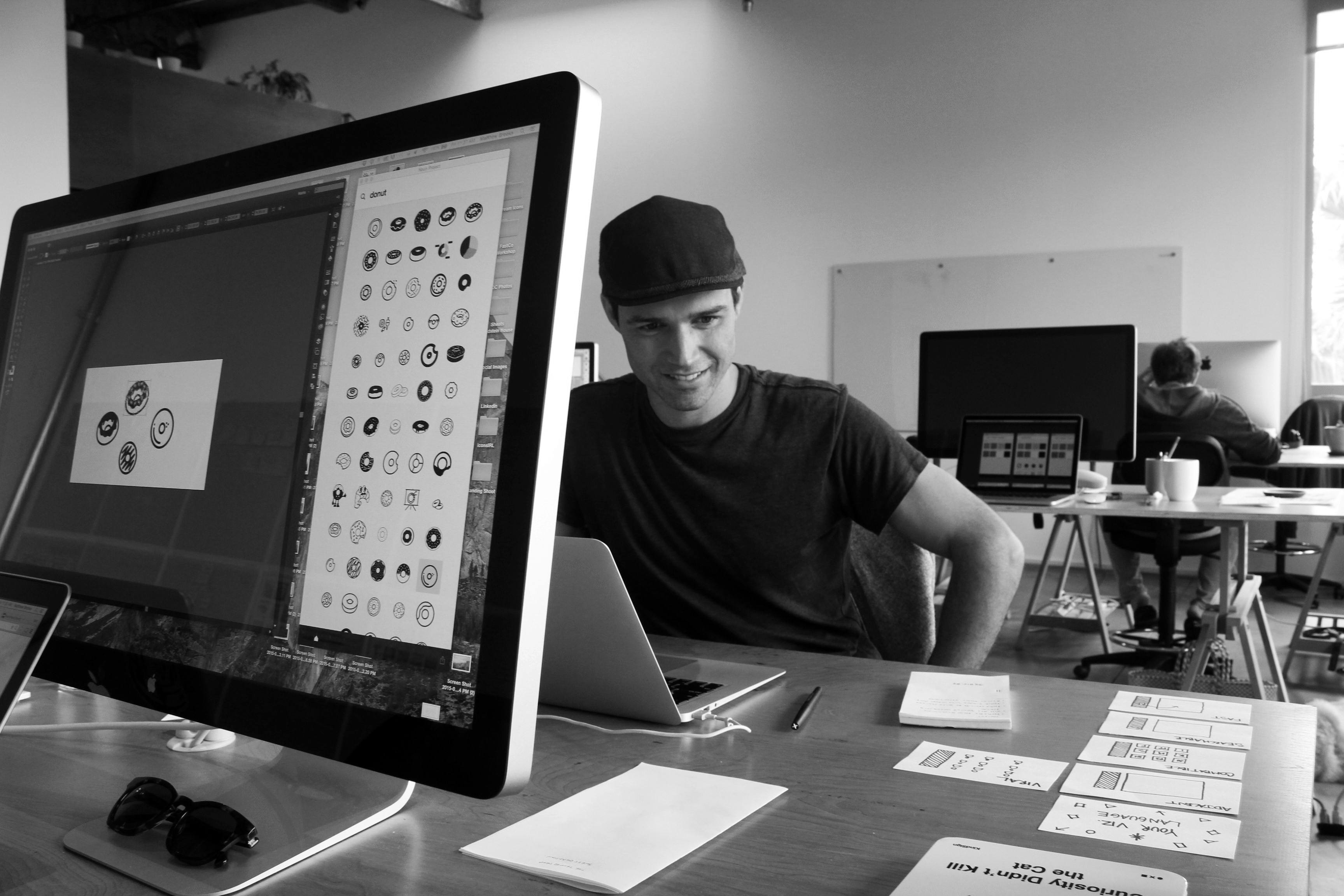 Why did you build Lingo?

We built Lingo for two primary reasons. First is because of our mission of “creating, sharing ,and celebrating, the world’s visual language.” Visual language is much broader than just iconography. It consists of colors, patterns, gifs, photos and so many other types of visual content we interact with on a daily basis. None of this content was on Noun Project, so for us to further pursue our mission we needed to find a way to grow beyond iconography.

The second reason we built Lingo is because it solves a real pain point for our customers. Last year we did an internal hackathon based around the simple question of “how can we offer new types of visual content outside of iconography to our customers?” The first step of the hackathon was for each team member to interview two image “creators” and two image “consumers”. Through these interviews we learned Noun Project was really valuable at the beginning of a designer’s workflow, when they were rapidly prototyping. But when they moved into creating higher fidelity comps, they were more interested in using their own visual assets instead of Noun Project assets.

However, we discovered people felt their own assets were poorly organized and were strewn all across the digital landscape. This was an “aha” moment when we thought “what if we help our customers organize their own visual language?” So, in the end, it was our mission and an insight that led us to create Lingo. 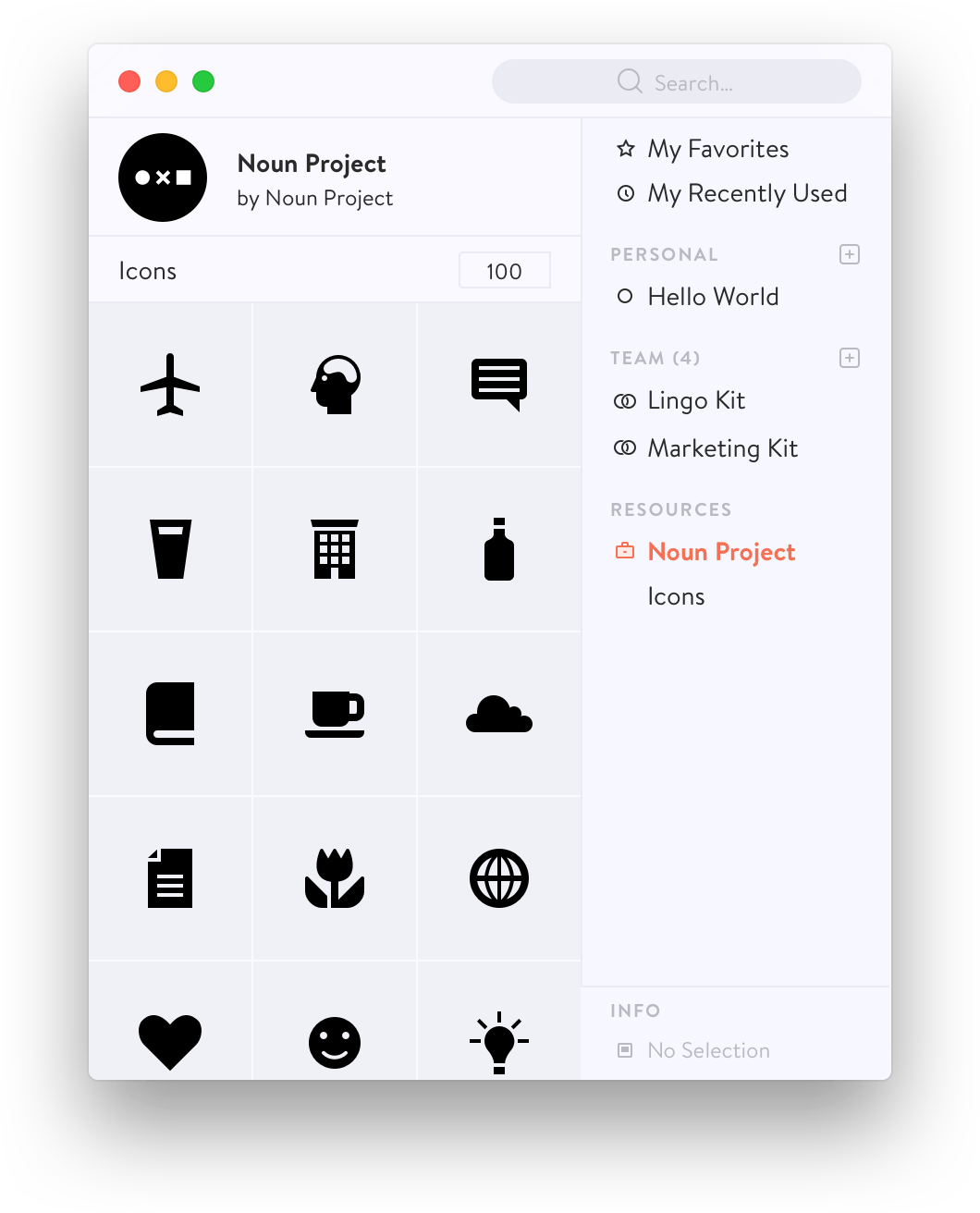 What are some unexpected ways teams are already using the tool?

One of our team members who manages moderation and curation for Noun Project was in the process of creating a guidebook for our moderation tool. Part of her process was to document through screenshots all the various types of problematic icons that get uploaded to Noun Project. She was having a hard time organizing and categorizing these images using the folder structure in Finder because you can only see the contents of one folder at a time, and the process of diving in and out of folders was a pain. She started to use Lingo instead and it was a huge timesaver. “It’s like having all your folders open at once and organized” she told us. I thought this was a pretty interesting way to use the tool.

How do you see the tool evolving going forward?

There are always unknowns that lie ahead but there are a few areas that we’re going to focus our energy and time on. First, we want to make it as easy as possible to get assets into Lingo. This is really important for us because if there is too much friction in this step, then we don’t ever get a chance to add value for the customer. We also want to explore ways of better supporting color and type.

Secondly, once people’s assets are in Lingo, we’ll focus on building features that enable people to get more utility from having them in Lingo. Internally, we’ve been calling these types of features content amplifiers. For example, currently we automatically create alternate file types for each asset you add to Lingo. If you drag in an SVG, we automatically create a PNG, PDF, and EPS version of that same asset which saves people tons of time and gives them more flexibility with each asset.

Finally, we have plans for a marketplace inside Lingo. We want Lingo to be a place you access your own visual language as well as a whole world of other asset kits. Currently design assets are distributed in poorly organized zip files that open up inside cluttered Finder windows. We believe we can create a more elegant solution that makes beautifully organized asset kits just a drag and drop away from your project.

What are some tips you have for people getting started with Lingo to get the most out of it?

One of the best tips to get started with Lingo is to copy assets directly from any popular design tools you use like Adobe Illustrator or Sketch, and paste directly into a Lingo Kit or Group. This feature has been amazing for me because I no longer need to save out/export any layers or files and am able to share them almost instantly with anyone else I’m collaborating with.

Introducing Lingo – A Home for Your Visual Language
Introducing Coach (Now Podia): A New Way to Run Your Tutoring Business
Next