Communication is the glue that holds society together by enabling us to interact. It’s societal impact is fundamental. However, there are so many diverse types of communication forms that we’ve yet to truly have a global language. Until now.

The Noun Project is becoming a platform for the world’s visual language that everyone can understand. Symbols, in particular, have the ability to transcend cultural and language barriers and deliver concise information effortlessly and instantaneously, like the recent UN symbol library.

At the Designer Fund our mission is to invest in designers creating businesses with positive social impact. Based on The Noun Project’s vision, we believe they have the intention to do good and do well as a company. One of their founders, Scott Thomas, has a track record of meaningful design work such as his branding of Barack Obama’s  2008 Presidential Campaign. We echo his belief that the tools through which we live should improve life.

The Noun Project continues to empower their international community with over 3.5 million symbol downloads and an ever-growing community of 12,000+ users contributing. This is just the beginning of the value they’re creating.

The Noun Project has recently introduced new features that will enable contributors to gain recognition as well as earn money for their designs. Launching these features answers the on-going requests from The Noun Project’s passionate community while furthering its mission of creating, sharing and celebrating the world’s visual language.

Introducing this alternative for attributing a symbol gives more people access to the symbols no matter where they’re used, and provides an additional incentive for talented designers to contribute to the collection. Sofya Polyakov, cofounder and CEO of The Noun Project

Wave attribution by purchasing the symbol 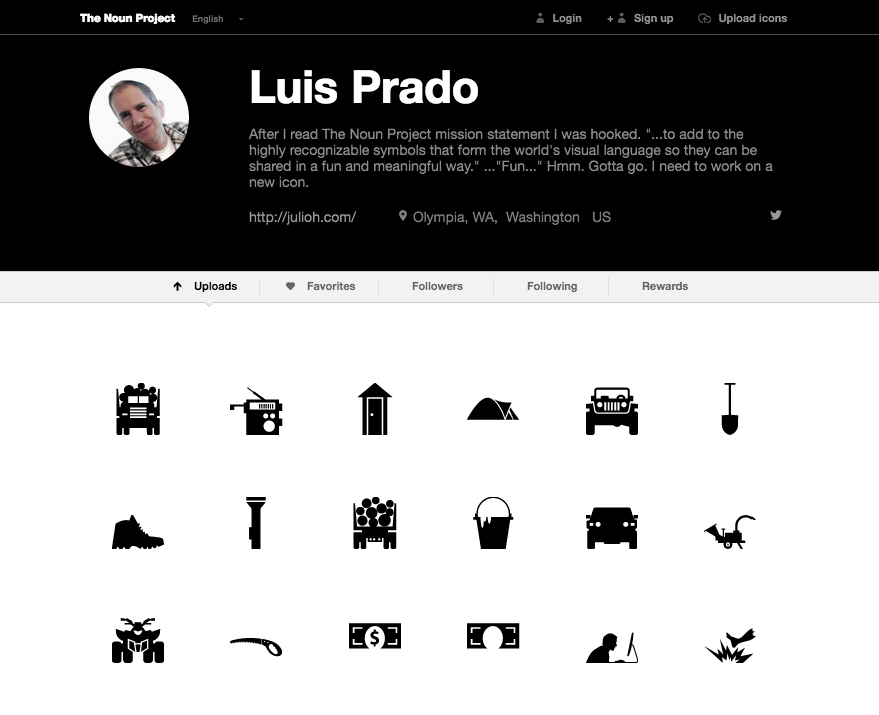 If you’re looking to improve your visual communication, or if you’re a designer looking to contribute, join our community and let’s improve the world’s visual language together.

The Noun Project: Creating The World’s Visual Language
Embedding Design into the Fiber of Fintech
Next